"Sacred ordinances and covenants available in holy temples make it possible for individuals to return to the presence of God and for families to be united eternally."

The Family: A Proclamation to the World
. 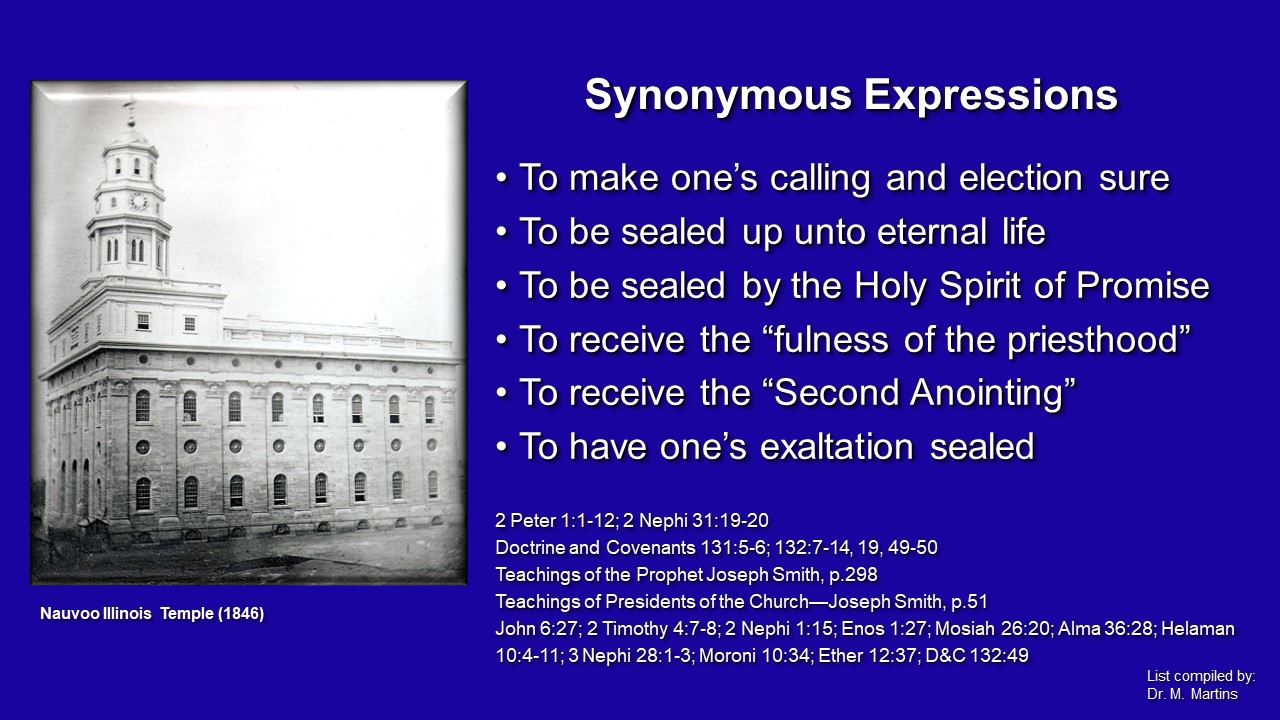 
Realize that a sealing ordinance is not enduring until after it is sealed by the Holy Spirit of Promise. Both individuals must be worthy and want the sealing to be eternal.


The Holy Spirit of Promise is the Holy Spirit promised the saints, or in other words, the Holy Ghost.  This name-title is used in connection with the sealing and ratifying power of the Holy Ghost, that is, the power given him to ratify and approve the righteous acts of men so that those acts will be binding on earth and in heaven. ...

To seal is to ratify, to justify, or to approve. Thus an act which is sealed by the Holy Spirit of Promise is one which is ratified by the Holy Ghost; it is one which is approved by the Lord; ... The ratifying seal of approval is put upon an act only if those entering the contract are worthy as a result of personal righteousness to receive the divine approbation. ... If they are not just and true and worthy the ratifying seal is withheld.

Salvation is nothing more nor less than to triumph over all our enemies and put them under our feet. And when we have power to put all enemies under our feet in this world, and a knowledge to triumph over all evil spirits in the world to come, then we are saved, as in the case of Jesus, who was to reign until He had put all enemies under His feet, and the last enemy was death. ...

Knowledge saves a man; and in the world of spirits no man can be exalted but by knowledge.

To have one's calling and election made sure is

Scenario #2:
Somewhat righteous couple, married for time and eternity
but without ratifying seal of the Holy Ghost (D&C 132:18)

Scenario #4:
Unrighteous couple, married by the Lord's word
and previously ratified by the Holy Ghost (D&C 132:26)

All sins shall be forgiven, except the sin against the Holy Ghost; for Jesus will save all except the sons of perdition.

What must a man do to commit the unpardonable sin? He must receive the Holy Ghost, have the heavens opened unto him, and know God, and then sin against Him. After a man has sinned against the Holy Ghost, there is no repentance for him. He has got to say that the sun does not shine while he sees it; he has got to deny Jesus Christ when the heavens have been opened unto him, and to deny the plan of salvation with his eyes open to the truth of it; and from that time he begins to be an enemy. This is the case with many apostates of the Church of Jesus Christ of Latter-day Saints.

When a man begins to be an enemy to this work, he hunts me, he seeks to kill me, and never ceases to thirst for my blood. He gets the spirit of the devil -- the same spirit that they had who crucified the Lord of Life -- the same spirit that sins against the Holy Ghost. You cannot save such persons; you cannot bring them to repentance; they make open war, like the devil, and awful is the consequence.


1) Which aspects of this topic did you find most interesting?  Did you find any aspects to be hard to comprehend or to accept?

Be prepared to present your understanding about this topic to your classmates, and see if you have additional questions to ask me.  I'll be glad to answer them. This web page was published only as a support for classroom discussion.
For more information, contact Dr. Marcus Martins at: martinsm@byuh.edu